Eminent Domain and the taking of property

Home / Eminent Domain and the taking of property 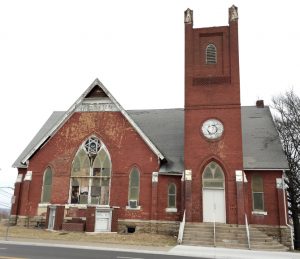 Eminent Domain is generally referred to as the taking of real property (real estate) by a governmental agency for the benefit of the public with just compensation. Often is referred to as Condemnation.

Eminent Domain is the actual taking, usually permanently, and is the government’s removal of physical possession of real property from the owner. However, even where the government agency does not physically take possession of the land, it may have placed such restrictions upon its use so as to constitute a temporary or regulatory taking.

In addition, the agency may temporarily take the property by limiting its use in such a manner so as to deprive the owner of its use and enjoyment. All of which requires just compensation to the owner.

This can occur when a government agency uses its power of Eminent Domain to take a portion of the property. An example would be where a portion of the church parking lot is taken for a freeway widening project. As a result, the amount of remaining parking spaces leaves the church without the ability to legally function as a church. Or, when an agency takes the property without using Eminent Domain by way of some other legal action, this is known as a Regulatory Taking, Wherein the governmental agency forbids church use in a particular area, or from building on its land, In other words, the property has little to no value as a church, by the action of a government agency.

Here is where most of the battles lie. The fair market value of the property when the taking occurs. This means the amount that a willing buyer would pay in cash to a willing seller as to the property’s highest and best use, but does not consider any sentimental or subjective value that the property may have.

In California, fair market value is defined in the Code of Civil Procedure § 1263.320:

The highest price on the date of valuation that would be agreed to by a seller, being willing to sell but under no particular or urgent necessity for so doing, nor obligated to sell, and a buyer, being ready, willing, and able to buy but under no particular necessity for so doing, each dealing with the other with full knowledge of all the uses and purposes for which the property is reasonably adaptable and available.

Battle of the Appraisals:

A vast majority of the time, appraisers differ on value, but they  usually should reasonably be in the same ballpark. However, this is not usually the case with church property. In 1983, the California Court of Appeals ruled on just such a case. In this instance, the Court was asked to determine the value of a church facility that was being purchased through a city’s Eminent Domain/Condemnation authority. The city’s appraiser determined the property to be valued at $1,000,000. On the other hand, the church’s appraiser valued the property at $4,600,000.

The difference between to two resulted from the city using a 75% depreciation factor as the only comparable church sold for basically its land value. The church appraiser however, used the replacement cost of the church as it stood. The Court determined that the fair market value was $3,000,000.

In its decision process, the Court stated in part:

Generally speaking, the most widely used and perhaps most easily applied concept is that of “fair market value.” But even that test, which is described as what a willing buyer would pay to a willing seller under circumstances totally free from external pressures, may not, in every case achieve a correct result…

The economic reality of course is that certain types of buildings such as churches are not, as such, regularly bought and sold in the commercial market and to ordinary buyers of real estate have no greater value than the use which can be made of the land free of the building. The constitutional mandate of just compensation, of course, would not be met if public agencies could thus exercise the power of eminent domain by simply paying for the value of the raw land when it is occupied by some special type of building…

Recognized alternatives to the market data approach to valuation are reproduction or replacement costs less depreciation or obsolescence. These methods, in reality, provide a more just and equitable approach in evaluating special use buildings such as churches.

Seek proper advice before you act. When a governmental agency, or more likely their real estate agent, approaches your church with an offer to purchase, know your rights. A proper understanding of the condemnation procedure and what your church is entitled to is key. In addition to the just compensation for your land, your relocation cost, fixtures and equipment should all be considered.

It is highly advised a property owner should refrain from meeting with the government’s agent, and signing any documents until an attorney is consulted. Such a meeting or signing could start the legal process clock, and the governments starting adoption of a “Resolution of Necessity”. This process can allow the taking of the property, and later settling just compensation in the courts.

Please see our other related articles.