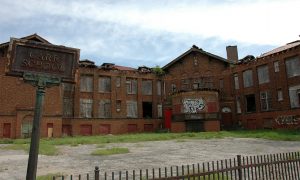 Liabilities of being a Board Member

More often than not, I attend church council meetings that require some action be taken by the church board that results in some form of a corporate resolution. In many cases, the board members present can’t tell me who the officers or directors of the corporation are, or whether or not a quorum is present to ratify their actions. In my attempt to walk the board through the legal impact of their corporate bylaws, many are surprised to hear of the effect that a particular document has on the way they conduct the secular business of the church. Most assume that the officers of the church council (elders) and the corporations are one and the same. Although this is often the case, it’s not always so. More importantly, many are shocked to learn of the liability they hold as officers of the corporation. Although in its basic form, the corporate entity in California is intended to shield its officers and directors from personal liability, one can never be too careful when it comes to the fiduciary duty owed to the corporation.

In its basic form, a corporation is a legal entity distinct from its owners, in this case, the congregation member, and may be created only by filing certain documents with the California Secretary of State. To put it simply, a corporation is viewed as a legal "person" that can enter into contracts, incur debts, and pay taxes. As such, since a corporation has a separate existence, it does not “die,” although it can be dissolved, merged or in legal suspension through some action or inaction taken on its behalf. The members are generally not personally liable for the obligations of the corporation; neither are the corporation’s directors or officers provided that act with loyalty and in good faith for what is believed to be in the best interest of the corporation.

Although the definition of fiduciary duties as they apply to churches are sparse and fragmented because they do not conduct their secular business in precisely the same manner as for-profit corporations, the same standards generally apply to the duty of care and loyalty.

By definition, the duty of care is the outright duty to act "in good faith, in a manner they reasonably believe to be in the best interests of the corporation, and with such care as an ordinarily prudent person in a like position would use under similar circumstances." What this means is that the officers must act deliberately in whatever course of action they choose, often terms as the “Business Judgment Rule” and codified by the State of California.

The “Business Judgment Rule” is meant to insulate directors from liability for harm suffered by the corporation due to poor decisions made by the board. Those decisions must have been made in good faith and in the exercise of reasonable care. This means that the Board must investigate the path they intend to take, which is often done by consulting professionals or attorneys.

The most important step a director can take when acting in their fiduciary capacity is keeping informed. To accomplish this task, a director should regularly attend board meetings, make sure adequate information is available before taking action and be familiar with the organization, its legal structure, governing documents, exempt purposes and the goals of the congregation. In doing so, one must make their own independent judgment based on the above considerations.

In the case of Frances T. v. Village Green Owners Ass'n. 42 Cal.3d 490 (1986), the California Supreme Court held that the “Business Judgment Rule” does not prohibit individual director liability if a director participates in tortious conduct, even if acting in their official capacity. In the Frances T. case, the plaintiff alleged that: (i) the association directors owed a duty to her; (ii) they had specific knowledge that a hazardous condition existed which threatened her personal safety; and (iii) they failed to take action to avoid the harm. In ruling that the plaintiff had stated a cause of action against the directors as individuals, the Supreme Court stated that:

In most instances, this involves a conflict of interest between a director and the corporation. Where a director knows that either themselves, a related person, where a perceived conflict exists because they are either a party to the transaction, has a beneficial financial interest in, or closely linked to the transaction that the interest would reasonably be expected to influence the director’s judgment, or they are a director, general partner, agent, or employee of another entity in which the corporation is transacting business that should be brought before the board and disclosed.

Regardless of the precaution, a director may take and the protections offered by the corporate structure of governance, a director may still be exposed to liability. As discussed above, a breach of fiduciary duty owed to the corporation tops the list, but one may also be liable for acting outside the scope of their authority, personal injuries, discrimination, sexual harassment, wrongful termination, breach of contract, and failure to follow corporate formalities to name a few.

On the above list, the two problems I run across the most are permitting a corporation to fall into suspension with the Secretary of State for failing to file annual or semi-annual documents and signing contracts or other legal documents in which they have no authority to sign. When a corporation is in suspension they cannot conduct business as usual. Entering into contracts, buying, selling, or leasing real estate give rise to the presumption that such agreements may not be enforceable. Most church or small corporations struggle with the concept of staying active and in good standing with the Secretary of State, let alone how to check on their status, which should be done on a regular basis. It should also be noted, even though a church usually is exempt or pays little taxes, the church can be heavily assessed by the California Franchise Tax Board, prior to obtaining reinstatement from suspension.

A director or other board member may be personally liable on a contract that is signed without authority or signing a contract without any reference to the church, or to their representational capacity. In some instances, I have seen rental agreements signed with all the apparent proper authority, but the legal name of the corporation is incorrect or incomplete. As an example, a rental agreement for the use of a sanctuary signed by the “Church Congregation of Los Angeles” when the correct legal name of the corporation is actually the “Church Congregation in Los Angeles, California.” There have also been several instances that the title to the church property is in the name of a nonexistent corporate entity, or the church owns more than one property in erroneous names. This example can cause major time delays and cloud title when the property is being sold, or encumbered with a new institutional loan.

In addition, it is in the best interest of the corporation to always have two (2) officers execute a contract; as per the California Corporations Code “any note, mortgage, evidence of indebtedness, contract, share certificate, initial transaction statement or written statement, conveyance, or other instrument in writing, and any assignment or endorsement thereof, executed or entered into between any corporation and any other person, when signed by the chairman of the board, the president or any vice president and the secretary, any assistant secretary, the chief financial officer or any assistant treasurer of such corporation, is not invalidated as to the corporation by any lack of authority of the signing officers in the absence of actual knowledge on the part of the other person that the signing officers had no authority to execute the same.”

What this means as stated by the California Supreme Court, in Snukal v. Flightways Manufacturing, Inc., 23 Cal. 4th 754 (2000), is that the contract signature by a single corporate officer was not necessarily sufficient to bind the California corporation under the Corporations Code. So although the lack of two corporate officers’ signatures does not automatically mean the corporation is not bound by the contract, it does mean that the corporation is not conclusively presumed to be bound under the language of the Corporations Code.

What does this all mean to you? Play it safe by staying informed, careful in keeping your corporate records, including the minutes of your meeting, detailed, accurate, unambiguous, and up to date; and have two (2) officers execute your contracts, usually one (1) from the operational side such as the president and one (1) from the financial side such as the secretary or treasurer.

Review your bylaws to ensure your board is acting in conformance with them. Incomplete or outdated bylaws can be costly in the long run and may run afoul with the California Franchise Tax Board, Board of Equalization and County Tax Assessor.

Please see our other related articles
The Harm in Renting Out the Church Parsonage
Corporations in Suspension
Churches and Property Tax Exemptions
Must a Church Apply for Tax-Exempt Status?