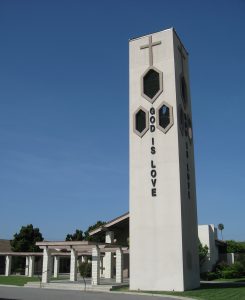 Are Cell Towers and churches a good fit?

This article does not focus on the negotiations involved with leasing your property for cell towers at your church; which can be challenging. Rather, the intent of this article is to provide a resource for churches to use when considering whether or not to permit a cell tower at their location; in no particular order.

If you’re like most churches, your primary concern is in the amount of monthly income you will receive in rent. In short, is the risk worth the reward? There is no easy answer as monthly rental rates for one church, may not be sufficient for another. Personally, we have seen monthly rental rates ranging from $1,000 to $2,500, with rumors of more. In addition, we have had a situation where there was a signing bonus just to encourage the lease.

Furthermore, you may also consider permitting the cell tower company to share (co-locate) additional cell carriers on the same tower in exchange for an increase in rent. This way, all parties to the primary lease will benefit from an addition cell carrier on the location. However, some cities require that cell towers provide for the co-location of other carriers as a way to minimize the number of given towers. In such instances, most providers will not agree to an increase in rent for co-location. The only resolution for a property owner is to limit the amount of square footage leased for the equipment. This way, an additional carrier would have to rent land from the owner.

Unfortunately, even with all the negotiations and contract revisions, cell towers will require city approval prior to starting construction. Since cell tower companies won’t generally pay any rental fees until at least the permits are issued, all the effort may be for not if the cell tower is never approved. Obtaining governmental approval to construct a cell tower on church property may be easier than on other properties because of the zoning, but often times a variance or other request may be necessary. As a result, public hearings will be required and the general public will be alerted to the possibility of a cell tower being constructed in their neighborhood.

During the public hearing process, many people will raise fears that towers pose health threats will try and present their arguments. However, provided the proposed cell tower falls within guidelines set by the Federal Communication Commission; such arguments will not be heard. Furthermore, your neighbors may attempt to employ opposition to the cell tower based on its appearance or by stating that property values will decrease. However, these arguments are often misplaced as cell towers located on churches are usually disguised and potential home buyers aren’t interested in locations without cell signals.

Utilities should never be included in the monthly rental rates. At the bare minimum, the cell provider should install a sub-meter that records the amount of electricity the tower is utilizing. Although the church may not be reimbursed for electricity usage for several months, at least the church won’t be subsidizing the cellular provider.

An often overlooked aspect of the cell tower is often the easements created by the lease. The cell provider will require 24/7 access to their equipment in addition to a diesel generator that will need to be located on-site in case power is ever lost. Provided these easements terminate with the lease, an easement may not be such a bad thing. However, a diesel generator leaking on the property may cause far more environmental trouble than it is worth. These easements are long term, or permanent, which by their existence, may limit or deny future use of those areas by the church. Beware that any easement granted, to whatever necessary entity for the cell tower, does not generate income for the church.

Cell tower leases are always negotiable, so don’t ever take the initial offer. When contacted by a cell provider, or one of their agents, let them know that your church will be represented by legal counsel and that you expect them to reimburse you for that cost.

Most cell tower leases will include a clause stating that the property owner is responsible for all of the property taxes.  On standard commercial properties owned by for-profit entities, this may not pose a problem. However, for a religious organization that has the benefit of a property tax exemption, this may result in a real issue if that exemption, or portions thereof, is lost. A lost property tax exemption may result in thousands of dollars for the entire period in which the cell tower is located on the property, and possibly thereafter (until legally removed).

In addition, most cell tower providers will want a first right of refusal to buy the property, should the church elect to sell or otherwise transfer title to its property. The effect of a “First Right of Refusal” may actually hinder the marketability of the property because acquiring an offer in good faith will require a third-party buyer to invest time and efforts negotiating a deal that may never happen if the tenant exercised their right. Some buyers maybe concerned with health issues often associated with cell towers, and pass over the purchase.

Mechanic Liens can also cause a big problem for a church as a result of one of the worker’s, subcontractors, or laborers, not being paid for the work they have conducted on your property. Even if the contractor has been paid in full, the church could still have to pay the amount of the lien. Short of suing the prime contractor on the project, most if not all will file a lien against your property. This lien is a “hold” against real property that, if unpaid, allows a foreclosure action, thereby forcing the sale of your property. This lien is recorded with the County Recorder’s office by the unpaid contractor, subcontractor, laborer, or supplier allowing them to claim a lien against the property until they are paid.

In addition, the church may be liable to pay income tax as a result of unrelated business income which is defined as an act: (1) carried on to produce income from selling goods or performing services; (2) not regularly carried on by the organization; and (3) not substantially related to the furtherance of the organization’s exempt purpose. A trade or business is considered related to the exempt purposes if it has a substantial causal relationship to achieving those purposes (other than by producing income). However, there are exemptions to this general rule regarding cell towers on church property that are discussed in a related article. The most important factor, for determining a tax owed, is whether or not the church property is “debt-financed.”

Also, what many churches don’t consider is what will happen to the entire infrastructure that is installed or otherwise constructed on the property in order to sustain the cell tower. Most cell tower providers will initially only agree to remove that which they installed above ground. Under that situation, what happens to all of the concrete footings or underground conduit and electrical they installed? Without proper negotiations, it all remains after the cell tower is long gone; leaving the church to deal with it, in manners you might never imagine.

In that same regard, the average cell provider will want a 5 years initial lease, with 5, five year extensions. In other words, short of the cell tower being unprofitable, you are stuck with the tower for 30 years. Why, because short of a breach, (which they will cure) they will insist on a clause that states only the provider can terminate the lease, not the property owner. So you’d better make sure you get a good deal the church can live with that provided for an electrical sub-meter. After all, the church doesn’t want to end up paying for more electricity as a result of the cell tower than the monthly income it produces.

Keep in mind that once a lease agreement is in place and the cell tower is operational, you will likely get contacted by the numerous third party leasing agencies that will want to buy out your agreement with the cell provider. In short, these companies will review your lease and make an offer to purchase the remaining term of the agreement for a flat fee. In all likelihood, that offer will be for one-half of the remaining rental income that would be received of the life of the lease. However, what you lose is complete control over that particular area of land, thereby leaving it to this third party to manage and operate with any say whatsoever by the church.

In conclusion, the church should be careful to read the fine print and make sure that the lease provides the ability to renovate or further expand the church property without limitations. As a church council or board member, there is a duty to be a good steward of the church property and resources in order to provide sustainability into the future. Church properties are highly sought after by cellular providers, because of their zoning, proximity to residential areas/users, and the fact that most churches lack the necessary knowledge for proper negotiations.