Church’s and the Attorney General

Home / Church’s and the Attorney General 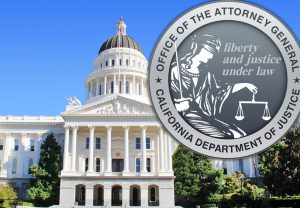 Religious corporations classified as religious by the Secretary of State are automatically exempted from registration and not required to register or file annual reports with the Attorney General’s Registry of Charitable Trusts. However, the Attorney General does maintain oversight over religious organizations, but its power is limited by the California Corporations Code

As such, the Attorney General does not have the legal authority to file derivative actions, a lawsuit brought by a shareholder on behalf of a corporation, to correct and recover damages for self-dealing transactions, improper distributions, loans, or claims of mismanagement. As such, voting members of a church, or members of the church with a reversionary, contractual, or property interest, may pursue civil litigation to correct such mismanagement.

Only eligible private, tax-exempt nonprofit organizations qualified to conduct business in California for at least one year prior to conducting the raffle may conduct raffles to raise funds for the organization and charitable or beneficial purposes in California.

Although nonprofit religious are exempt from the registration and reporting requirements of California Penal Code Section 320.5, they must still comply with all other provisions of Penal Code. Most importantly, at least 90 percent of the gross receipts from these raffles go directly to beneficial or charitable purposes in California.

Sale of Substantially All Assets:

Although we do not advocate the closing of a church, one may elect to dissolve its corporation and no longer conduct business. In doing so, the organizational and operational documents must be followed. In the case of a religious corporation, the bylaws will often require a majority vote of the active members.