What Defines a Church?

Home / What Defines a Church? 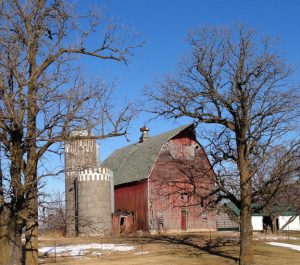 What is a Church? Recently, a potential buyer approached a City Planner asking what their Temple could and could not do on a particular piece of property. A disagreement arose between them as the person at the City kept referring to Church use, while the interested party kept trying to correct them in stating that they were not a Church, but a Temple. The question arose as to what is a church and how does it affect property use?

The dictionary doesn’t help much when it defines a church as a building used for or body of people worshiping Christianity. It does, however, help explain the confusion above when dealing with a City or County.

The term Church is not used by all religions or faiths and a vast majority of people would likely tell you that there is a big difference between a Church, Temple, Synagogue, Mosque, etc. Although Church and Temple may be used interchangeably by some, others would strongly disagree. The intent of this article is not to pin one against another or debate religions, but rather provide clarification when dealing with a governmental entity.

Although the word Church is referenced in the Internal Revenue Code, it is never specifically defined. The IRS rather uses the word in a generic sense as a place of worship, without differentiating one religion from another. In determining what qualifies as a Church under this generic meaning, the IRS looks for particular characteristics.

The IRS looks for a combination of any of the following applied to the facts at hand, without  a particular preference to one other another, or doctrine: i) distinct legal existence; ii) recognized creed and form of worship; iii) definite and distinct ecclesiastical government; iv) formal code of doctrine and discipline; v) distinct religious history; vi) membership not associated with any other church or denomination; vii) organization of ordained ministers; viii) ordained ministers selected after completing prescribed courses of study; ix) literature of its own; x) established places of worship; xi) regular congregations; xii) regular religious services; xiii) Sunday schools for the religious instruction of the young; xiv) schools for the preparation of its ministers.

In later cases, to help clarify the above ruling, the Court also stated that. “At a minimum, a church includes a body of believers or communicants that assembles regularly in order to worship. Unless the organization is reasonably available to the public in its conduct of worship, its educational instruction, and its promulgation of doctrine, it cannot fulfill this associational role.

The Court further concluded that “Congress did not intend “church” to be used in a generic or universal sense but rather in the sense of a “denomination” or “sect.” They added that a group need not necessarily have an organizational hierarchy or maintain church buildings to constitute a “church.”

Similar to how the IRS determines whether or not an organization is a Church for income tax exemption purposes, the State looks at the use of the property by a Church for property tax purposes.

Although the State doesn’t define a Church, it does define its use as being religious or charitable, “Where the primary use of buildings, land, and equipment is for religious worship, the exemption will be available if incidental uses are made of the property by the church on a noninterfering basis. Incidental, noninterfering uses must be supportive of primary religious worship use, usually involve only present or prospective members of the congregation, and include religious instructional sessions, choir practice sessions, church administration, church business meetings, and most activities of auxiliary organizations accountable to the local church authority.”

In addition, the content of a religious belief is not a matter of a governmental concern and should not be subject to an inquiry concerning its validity. Religion does not require a belief in a deity or supreme being. It is only necessary to determine whether the belief occupies the same place in the lives of its holders that the orthodox beliefs occupy in the lives of their holders and whether a given group that claims the exemption conducts itself the way groups conceded to be religious conduct themselves.

In Fellowship of Humanity v. Alameda County (1957) 153 Cal.App.2d 673, 693, the Court enumerated the elements of a religion:  “The proper interpretation of the terms “religion” or “religious” in tax exemption laws should not include any reference to whether the beliefs involved are theistic or nontheistic. Religion simply includes: (l) a belief, not necessarily referring to supernatural powers; (2) a cult involving a gregarious association openly expressing the belief; (3) a system of moral practice directly resulting from adherence to the belief; and (4) an organization within the cult designed to observe the tenets of the belief. The content of the belief is of no moment.”

I have long ago lost track of how many different City and County Code Sections I have reviewed. Never once do I recall having ever seen one that defined a Church. Usually, terms like Church, Temple, Synagogue, or Mosque are used in the Zoning Codes for allowable uses. However, smaller City’s will simply use Church, without making any further distinction. The fact of the matter is that Zoning Codes are aimed at the ultimate use of the land while maintaining compatibility with the surrounding area, not who is using it.

So regardless of the definition of Church, whether the property is used by a denominational or nondenominational group, religious order or sect, look at the big picture and don’t argue with the people in the planning department or any governmental employee. In the grand scheme of things, your end use of the property is as a house/place of worship, and not to alienate people that can provide something that you can use or need for the religious belief or purpose that you profess.

Please see our other related articles: